Multiple Villages are still under Occupation: the Most Dangerous Areas in Kyiv Region on March 21st 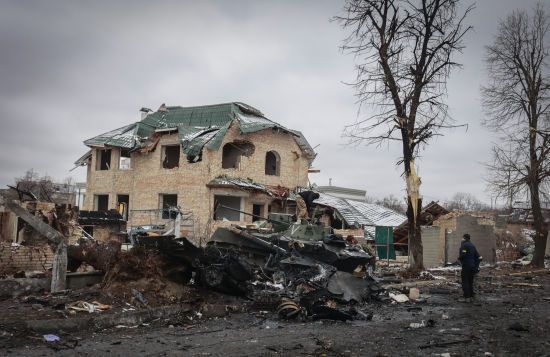 On March 21st, he most dangerous areas in Kyiv Region are Zhytomyr Highway, Bucha – Irpin – Hostomel, Dmytrivka and Makariv Communities, Moshchun and the northern part of Vyshhorod District.

In the morning of March 21st, the situation in Kyiv Region, according to Oleksandr Pavliuk, the Head of Regional Administration, is as follows:

Bila Tserkva, Boryspil, Fastiv and Obukhiv districts. Situation is under control. The night was quiet, no strikes.

•  The enemy movements are observed in Borodianka, Dmytrivka, Bucha and Hostomel communities.

•  The enemy troops entrench in Bucha and Nemishaieve communities.

•  Multiple villages are under occupation. Klavdiievo-Tarasove, Severynivka, Berezivka, Mykolaivka are on the verge of humanitarian disaster.

The enemy vehicles are noticed in Baryshivka, Kalytianske and Kalynivka communities. Yesterday, 3310 people, including 1828 children, were evacuated.