Occupants Take Healthcare Workers as Hostages and Have Shelled 135 Hospitals, 9 of Which Are Totally Destroyed – Liashko 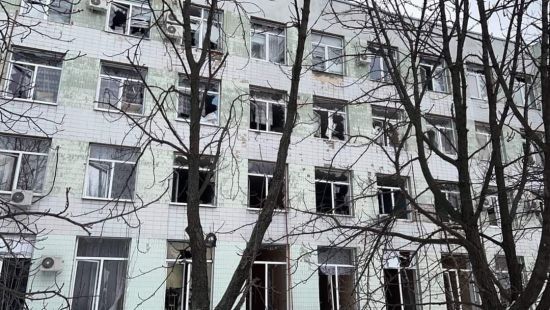 Ukrainian healthcare system and pharmaceutical industry continue to operate even during the wartime. Although, the Russian occupants ruthlessly destroy medical infrastructure, disregarding all international conventions, Viktor Liashko, the Minister of Healthcare of Ukraine, says.

“During this period, the Russian terrorists have shelled 135 hospitals, 9 of which are totally destroyed, and opened fire at 43 ambulance cars. As of today, 6 healthcare workers have been killed, and 16 severely injured. Yesterday, the emergency medical service officers supervising the humanitarian routes were taken as hostages. Luckily, they’ve been released and now are safe in Ukraine, willing to return to work”, Liashko stated.

More than 10 houses and a school are on fire due to the shelling of the occupiers in Rubizhne: there are probably people in the basements
Russian occupants damaged the mass grave from the Second World War in Torets, Donetsk region
Pauper Nation: Occupants Use Military Trucks to Carry Looted Belongings of Ukrainians to Russia
Дополнительно: