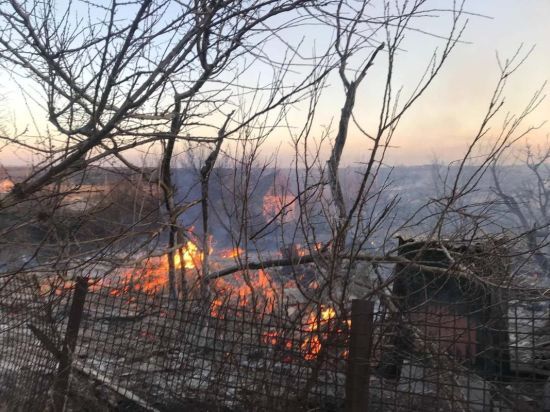 According to local authorities, the Russian troops used BM-21 Grad multiple-launch rocket systems, mortars, self-propelled artillery weapons and tanks to systematically attack the civilian population. “This time, the Russian criminals did not even used the unmanned aircrafts for aiming, but rather conducted a random massive artillery attack”, the report says.

This shelling by the Russian army resulted in multiple fires and total destruction of several buildings. Many people were left without a permanent home. The exact number of casualties will be specified later.